Aaton-Digital and Transvideo products will be at NAB SHOW 2018 at the Convention Center, Las Vegas, USA, Exhibition April 9-12, on Aaton-Transvideo’s Partner’s booths as indicated

Aaton-digital and Transvideo products will be exhibited on several of their partners’ booths at the show:

On the ARRI booth the Transvideo StarliteHD2 monitor-recorder will be on demo with its new firmware upgrade giving increased resolution and reduced latency, enhancing its many capabilities further and making it also an excellent choice now for focus pulling. The upgrade will be available for all existing StarliteHD worldwide for a cost of 145 Euros.
ARRI booth C7925

On the Canon booth the StarliteHD-Canon is displayed on a ME-200S-SH camera; this version gives a tactile human interface to the ultra light and sensitive cubic camera from Canon. Full access to camera menu is provided, as well as shortcuts for specific adjustments.
Canon booth C4325

On the Zeiss booth the Transvideo StarliteHD-e monitor-recorder will be on show with its intelligent interface for Zeiss eXtended technology lenses and Cooke/i technology lenses, enabling the recording of static and dynamic lens metadata from these optics.
The ZEISS eXtended Data is a unique technology which is based on the /i* Technology and provides information about the lens’ distortion and shading characteristics in real time. With the ZEISS CP.3 XD lenses, even small productions on a limited budget gain access to the advanced techniques common in state-of-the-art, big budget films, commercials and television shows.

The information is captured directly including the relevant camera time code and metadata and stored on an SD-card, saving time and aiding the creative process in post-production by providing technical lens information for the visual effects department.
Zeiss booth C3639

Aaton-Digital audio products will be found on the Wisycom and Sennheiser booths.

Wysicom will exhibit the CantarMini digital 16 track sound recorder on a new lightweight support compatible with Wisycom’s receivers, giving direct access to the user interface of the receiver from the Cantar allowing set-up of options or channel frequencies.
Wisycom booth C856

Sennheiser will promote the integration of AMBEO® technology in the Cantar family with A-B conversion, an immersive audio system offering real possibilities for VR, animation, wild life and sound design. The CantarX3 includes the possibility to use 2 Ambeo microphones at the same time.
Aaton-Digital has announced that from now on, the CantarX3 and the CantarMini will be  delivered with Sennheiser AMBEO® compatibility as standard.
A CantarX3 will be shown with double AMBEO® integration.
Sennheiser booth C1307 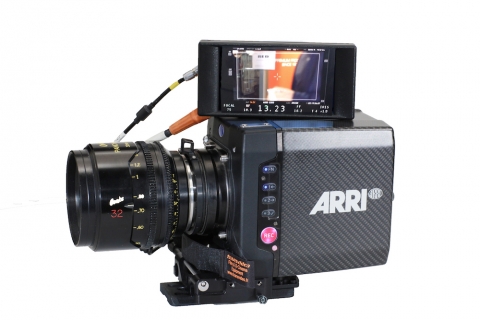 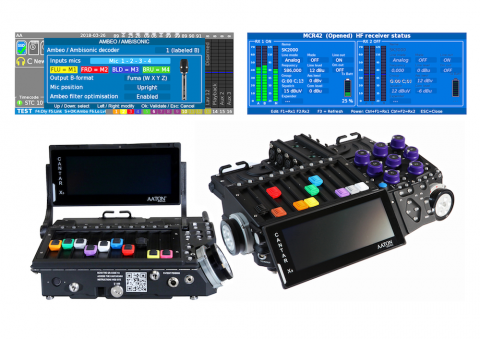