CHRIS FAWCETT: Why choosing your monitor is so fundamentally important

Chris Fawcett is a Steadicam operator and cinematographer with over 25 years of experience. He is also the inventor of the Exovest, an innovative alternative vest for Steadicam which re-assigns the way that the vest sits upon the human frame giving the operator more freedom to move naturally.

"Since mounting the TRANSVIDEO CineMonitor HD 6" SBL monitor on my Steadicam in early 2008, I've haven't looked back. It's a monitor with no negative issues whatsoever that performs beautifully under any circumstances. I was originally attracted not only to the brightness and daylight visibility, but to the rich blacks in the picture. Other monitors I've seen (and I've seen a lot) achieve daylight visibility by overdriving the brightness, resulting in pale, washed-out blacks, and by adding a matte anti-reflective coating that smears the image, reducing contrast even further. On the TRANSVIDEO. blacks are black. When shooting with the CineMonitor I feel I'm already watching the film in my own private theatre. After experiencing image making at this level of intimacy and perfection, there is no returning.
Transvideo innovates - that shows in their products There’s more to it though. Transvideo asks the customers what they want, and try to implement changes as fast as possible. I’ve had a firmware update implemented the same day! This is unheard of. I sent an email and I said ‘It would be really nice to have such and such a feature on the monitor’. The reply was ‘I think it would be possible to do that, but I don’t think I can have it to you before 5pm.’

Another time for the Starlite monitor I said ‘It would be nice to have a menu that would pop up after every recording, saying View, Keep or Delete for the take that you’d just recorded.’ A day later, bam, it’s in the latest software update. They really listen; and I don’t know what the customer support is for the competitors but I know one thing – it cannot be this good.

When I go to somewhere like NAB, or IBC and I walk around, and I look at the other monitors, I can’t believe that other people aren’t seeing what I’m seeing. When I look at the Transvideo monitors, to look into a beautiful image and to become quite enchanted with it – you know, with the richness of the blacks, the depth of the colours – it almost has a three dimensionality to it because it’s so clear, it’s like looking out a little window.

When I go down to the competition, I go round to look at their products, and I look for about five seconds, and I just have to walk away because the image is boring, and soft, there’s no depth in the blacks, that’s the first thing –the blacks are not black, they’re grey. The colour gamut is miserable in comparison...and what I don’t understand is why people don’t see that. I’ve been on set, and I’ve looked at other monitors, and I see the whole of production crowded around the monitor looking at the most miserable image, you know?

A miserable image, washed out in the sun, and by the end of the shoot, I have a larger crowd of people around my 6 inch monitor on my Steadicam, watching the playback.
Before too long, the DP, and anyone who’s got any eye, will have given up looking at the production monitor at Video Village, and they’ll be watching playback on my Steadicam monitor.

What we do is to make images, and the monitors are standing in for our eyes.
You’re telling a story – and you have to get engaged with this story - you have to feel it - and when you look at a real monitor, with a really good image on it, it enthuses you, it brings you into the story.
When you’re shooting, you’ve got to feel like you’re watching a movie, you’re telling a story; and you have to be aware of telling that story, because that’s determined by the way you’re framing, by the way you’re moving, by your lens choice, by your lighting choice. If the monitor’s not able to give you that emotional kick-that emotional punch in the stomach, you’ll lose out. If your monitor’s not helping you, it’s telling a bland story as well.

That’s how I feel about it – I take it very seriously. It’s all I have to go on- I don’t have anything else.
In my position the real world has to be represented on something that is six inches from corner to corner, and every pixel’s got to be great.

I'm stating the obvious by saying I'd recommend Transvideo monitors, but really, there are few things I could recommend more completely. It's not just an indication of where the camera is pointing, it's is my eyes. I wouldn't shoot without it.” 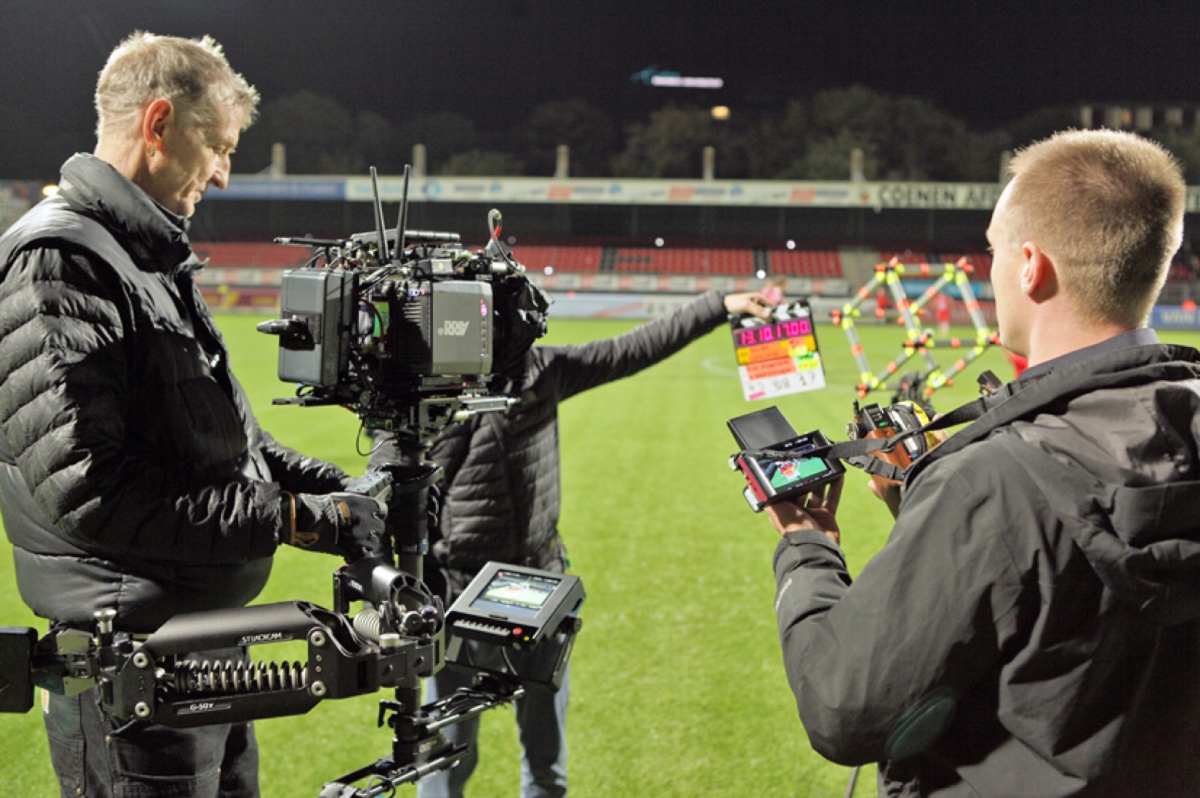